Air Conditioning: Is Ductless Right for Me? 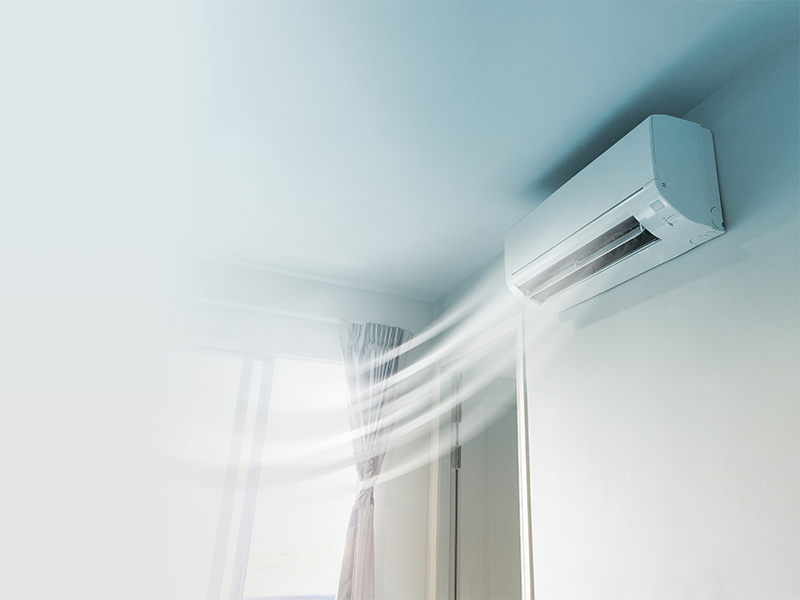 Traditional central HVAC systems are inflexible, unwieldy, and complicated. Most building designs are altered because of the cumbersome nature of air distribution network accompanying central heating and AC units. Ductwork oftentimes degrades the equipment’s performance because of inaccurate sizing, leakage, and accumulated dirt and debris.

In contrast, ductless ACs and heat pumps thoroughly eliminate the necessity for registers and ductwork. All self-contained units include all of the components needed to cool and heat a certain space. Attractive cabinets house an indoor fan coil, which may be installed on an exterior wall or in a ceiling. A different condensing unit is set outside, typically close to the garage or in a space away from the living area.

A ductless split system offers a number of vital benefits which appeal to the ones who want to condition new space, replace a current AC or cool and heat a whole building.

Ductless mini splits will regulate compressor operation via advanced inverter technology, which isn’t available on traditional HVAC equipment. Inverters ensure that a unit is offering the precise capacity needed to meet the interior load in all weather conditions by regulating the running of the compressor. A ductless split system offers the highest available efficiencies among all existing AC models, which includes SEER ratings that range from 13 to 26. Replacing a traditional 10 SEER system put in within the 2000s with a 26 SEER ductless unit may save as much as 60% on month-to-month cooling expenses.

Ductless ACs and heat pumps run at lower velocities, compared with conventional air handlers and furnaces. In turn, they’re usually a lot quieter, and the noise of rushing air noise is pretty much eliminated. Ductless units are particularly efficient in rooms in which homeowners like their quiet operation and low profile. Temperature settings may be changed from the comfort of a homeowner’s bed by merely using the regular remote control that is included with all units.

Traditional central heat pumps only are suggested for regions that have fairly mild climates in which the temperature seldom dips below 40℉. Specific ductless units integrate a unique Hyper-Inverter technology that permits the model to offer warm comfort in temperatures that are down to -13℉.

After years of operation, your air duct system inside a house accumulates a significant amount of debris, dirt, and other interior contaminants. The central blower continuously recycles the pollutants into each room of the house. Bad indoor air quality may cause a number of respiratory illnesses, which include allergies, asthma, and severe lung conditions. The air inside a ductless system directly passes through the air handler without having to travel through any dirty, long duct runs. The air gets cleaned by a sequence of media filters and directly blown back into the exact same room.